My Experience Going Through On Deck Scale

It was an exhilarating 12-weeks which concluded with us raising a $1.75 M seed round led by Tiger Global.

But then came the "YC Hangover," as they call it. The period directly following the batch in which founders experience slowed growth and decreased productivity.

A large part of it has to do with the community.

When you're going through YC, you are surrounded by some of the best founders- each sprinting to hit their demo day goals.

Seeing your batchmates make progress lights a fire inside of you. It's hard to find this level of motivation after the batch ends.

At first, I tried to replicate the experience by creating my own Mastermind groups, but it became too time-consuming to organize after a few weeks, and attendance was unreliable.

I looked around for other founder communities that I could join. This was around the time that On Deck officially announced the "On Deck Scale" program.
‍

I was pretty hesitant going into On Deck Scale. I had no idea if it would deliver the impact for me that I had hoped.

At the time, On Deck Scale was described as a 6-month long program designed for post-seed stage Founders looking to grow as leaders as they scale their business.

As someone who had just come out of the most recent Y Combinator class, I was looking for another Founder community to join.

The program started with great momentum.

I couldn't believe the amount of programming they had lined up: workshops, office hours, mastermind groups, fireside chats, and more.

What impressed me more was the caliber of the community. Each and every founder had built a remarkable business. Some had 50, 100, or even 300+ employees.

I had so much to learn.

And while the program's energy was relatively high for the first month, it went through a bit of a dip in the following months.

As you could imagine, Founders & CEOs are some of the busiest individuals out there. Attendance for virtual events slowly started to dwindle.

It became abundantly clear what types of events were providing value and which ones were not.

Most college professors would have let the semester finish off and maybe tried something different the following semester.

The On Deck team didn't wait to act.

Instead, they discovered what most people wanted within the live programming, killed off any of their programming that wasn't driving value, and doubled down on what was working: community.

I saw first-hand as the program became more and more valuable. I started to meet more fellows through informal social calls and the newly introduced IRL events.

Today, I can say with absolute certainty that On Deck Scale has given me an edge as a Founder. Through the community and relationships I've built, I've learned a tremendous about what it takes to be a capable leader for any high-growth startup.

What On Deck Scale Got Right

We're in a new era where we're trying to make sense of these new "cohort-based programs."

It's a new format of education, specifically designed for adults.

The team at ODS learned early that if you sell to some of the busiest individuals on the planet, you need to design a program that fits into their lives.

This program meant killing off the workshops and curriculum and focusing on what mattered most: founder-to-founder interactions.

We could learn a lot from each other than we could from any lecture.

A format that's been around for well over a hundred years, masterminds allow individuals in similar life stages to come together and collectively work together to resolve the group's most prominent issues.

ODS groups together founders based on the stage of their company. It's through these sessions where I felt the power of a founder community.

Being an entrepreneur is a lonely journey and having others to lean on makes a world of difference.

OTRs are founder-led events where the group dives specifically into one topic. It could be anything from "Raising a Series A" to "Launching on Product Hunt 101."

As the name suggests, these are in-person meet-ups where founders get a chance to meet and enjoy cocktails and other snacks.

It's one thing to meet something over Zoom and a wholly different to meet in person.

What On Deck means for the Future of Cohort-based Learning

Programs like On Deck Scale represent a new era for education. These lightweight programs last anywhere from 6-weeks to 6-months to help individuals learn particular skills.

There are a few ways that institutions like On Deck represent the future of education.

You can only learn from those in the same zip code as you when you're in person.

When you're learning online, you have access to the top industry experts no matter where you live.

With both On Deck and YC, I was exposed to a founder community 100x stronger than I could find in any city.

Unlike traditional programs, they don't need to be curriculum-heavy. Instead, they rely on the community.

Bring together the right people, and education will naturally follow.

Just like a product manager at any high-growth startup uses data to discover insights and iterate on the product, the educators will use data to build remarkable student experiences.

We're seeing a paradigm shift in education for the first time in over a hundred years.

Education is no longer static content that doesn't change. It's dynamic experiences that allow us to connect with others to deliver transformation.

I can't wait for what comes next. 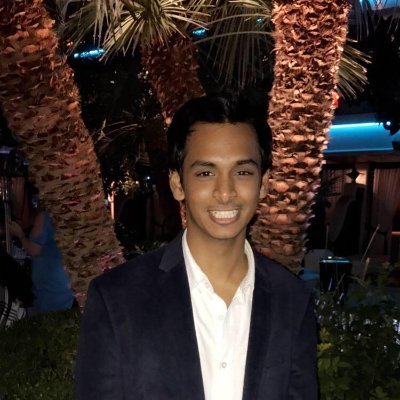 Subscribe to get helpful tips about how to build and scale your online learning community.