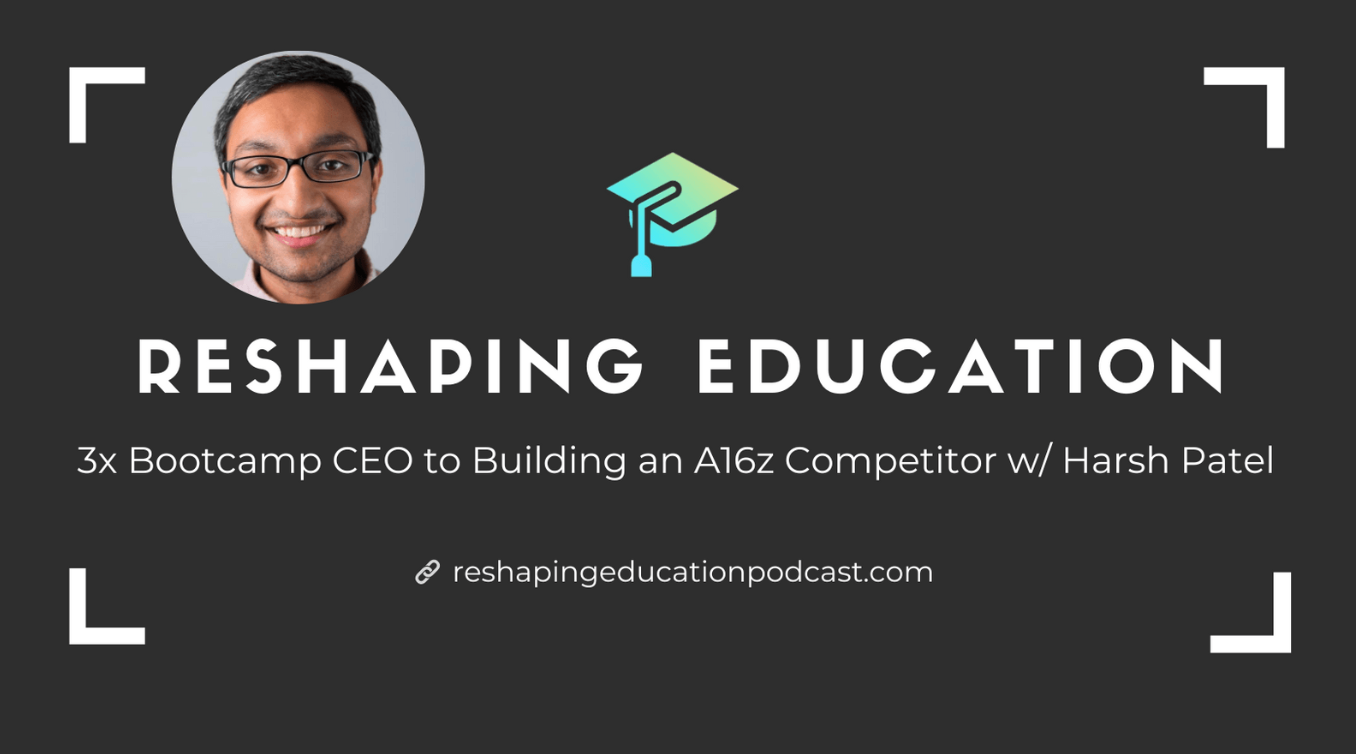 Harsh Patel is the former CEO of three of the most boundary-breaking coding bootcamps of our time: MakerSquare, HackReactor, and Galvanize.

With persistence and a bit of luck, Virtually Founder & CEO, Ish Baid, had a chance to sit down with Harsh to learn about his journey and how he approaches founding and scaling online businesses in the education space.

Read on for nuggets of wisdom from their chat. You can also listen to this episode of the Reshaping Education podcast here. (To stay fully up to date with the podcast, subscribe here.)

Ish: How did your journey into bootcamps begin?

Harsh: So in 2011, I was doing TFA Teach for America and in Chicago. I got into edtech by way of being a teacher. Right after TFA, I started this software company where we made software for teachers. And so I was managing a team of engineers, and I didn't know how to code myself. That was frustrating, so I spent a bunch of time learning stuff just by myself.

I gave a bunch of feedback on the course at the end, and since I just got done being a teacher, I knew a few things about how to make a good classroom experience, curriculum, etc. so I offered to help for free.

A year went by and a friend of mine texted me and asked, “Hey, how'd you learn to code?I want to do the same” I told him there's not that many good places out there. I ended up giving him all my curriculum and he thought it was great and suggested we start something in Austin.

He took the lead and a month or two went by and we got together to scrap together a website, put it up, go to a couple meetups and one thing led to another and then we had a full class. So that was the birth of MakerSquare.

Harsh: It just seems very clear to me what an organization is built to do. And as soon as you identify that, and you get people rallied around it, people start to really enjoy working with you, at all levels - all the way from like the front desk person all the way to a management team. Just make it really clear what the goals are and just ruthless focus.

Ish: Being laser focused on helping students get jobs is something that you mentioned you’re passionate about. How do you deliver on that?

Harsh: I learned this from TFA (Teach for America), since it’s huge on backwards planning and backwards design. You start with the outcome in mind, and you just go, Okay, what's, what's one step before achieving that outcome? What's two steps before, what's three steps before?

And then you get to a place where, Okay, this is enough steps before achieving the outcome. Let's go knock down these dominoes. And that's it. You can apply that to getting someone a job, you can apply it to literally anything in the world, just like, pick an outcome, and then figure out what are the steps ahead of it and ignore everything else. Just laser focus on the steps that are going to get you directly to that outcome.

Ish: How do you operate education at scale and still deliver outsized outcomes for students?

Harsh: You backwards design that too. You can't have one person for 1000 students. You have to think back to what it was like when you just had 20 students. And then you scale that up.

What are the individual resources that we need to educate 20? And then if we 10x to 200, which resources can we optimize for, cut down on or expand on?

And then you do it again, another 10x. I guess it's not that wild. But it does start to lose focus at a certain number. And I think that number is somewhere between 1000 and 10,000.

But we stay at Dunbar's number (150) in each of the pods (the most relationships you can maintain at a given time). There's no way that one individual is going to be able to surpass Dunbar's number and keep track of everything. But as long as you pod things out, and each of those pods are below Dunbar's number, you're good to go.

Ish: What else was unintuitive about achieving remarkable student outcomes? What were other tricks of the trade that you learned from trial and error that weren't obvious when you started out?

Harsh: Achieving good student outcomes is less about teaching people technical content. It's more about harnessing their motivation and inspiration to do something that was unintuitive.

Because when you backwards design it, you think they need this skill for the job, let me train them this skill. But it was unintuitive, that the technical skill was less than half of the equation for actually getting a job.

And the other part is something that is much harder to teach in a short amount of time, and easier to select for in the admissions process. Because the hardest part about getting a job is the last 10% of actually getting one. It's like you have to do 1000 job applications to get 100 responses to get 10 offers.

Ultimately, it comes down to, how fast can you learn? And how fast can you react to feedback? If you look back at the interview process, the point is to get you to a point of demonstrating your abilities that you are uncomfortable with. And then how quickly and how well do you respond to feedback?

Learn more about Harsh and his latest venture, Macro (https://0xmacro.com/) which helps Web3 builders build via education, audits, and capital.

The SRM helps you manage your student data at scale, aggregating, interpreting, and acting on data to boost student engagement and prevent churn.

Read Next: How to Streamline Your Student Success Workflow 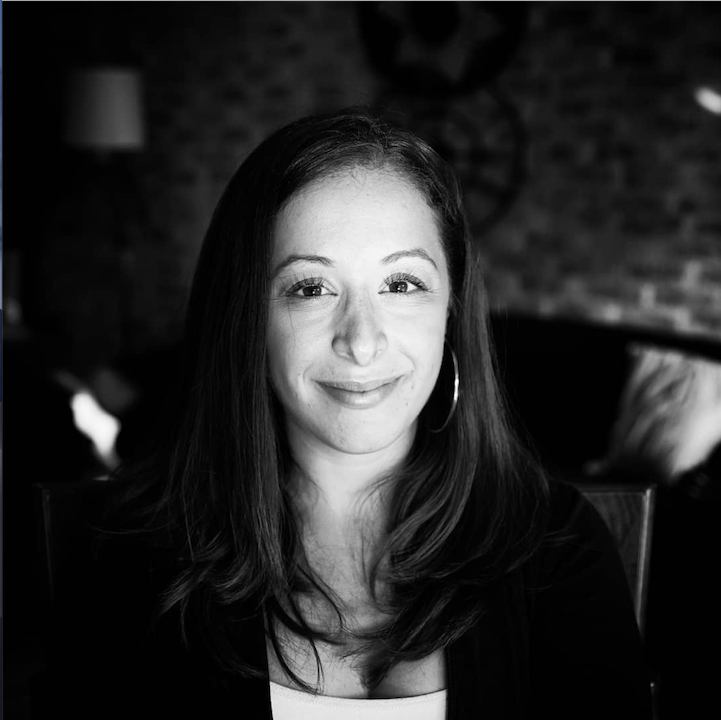 Laura Marks is Head of Customer Experience at Virtually

Subscribe to hear about product updates and receive helpful tips about how to build an engaging student experience.